Institute of Thermal Turbomachinery (ITS)

High performance sealing systems are required to minimize leakage air between rotating and stationary parts for high efficient turbomachinery. A conventional sealing system such as a labyrinth seal requires a certain gap between the seal and the rotating counter-part to prevent rubbing and structural damage. The gap can therefore not be chosen to be arbitrarily small, which limits the reduction in leakage. As a remedy for the limitation of conventional sealing systems, a new sealing technology, namely the brush seal, provides a great potential to reduce the leakage air. Brush seals basically consist of a flexible bristle package placed between a backing plate and front plate. Their most valuable advantage over other sealing concepts is the very small gap between the bristle package and the rotor and thus a reduced leakage mass ﬂow. This small gap can be achieved due to the great radial ﬂexibility of the bristles without running the risk of severe detrimental deterioration in case of rubbing. Besides the reduced leakage air, brush seals offer additional advantages like less weight, less axial space required, and improved rotor dynamic characteristics. 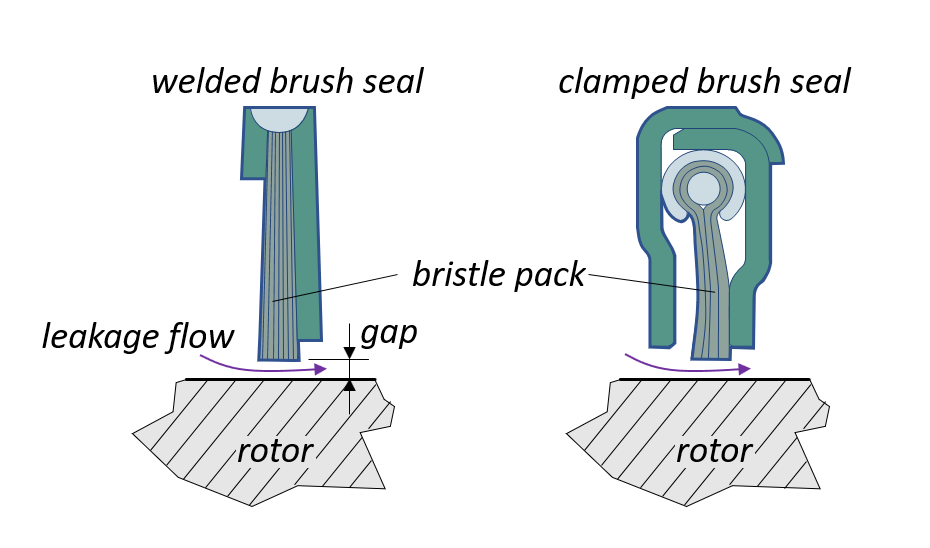 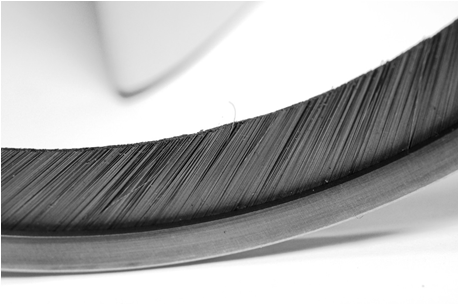 Gas turbines can encounter rubbing between brush seals and rotor due to several reasons such as mechanical rotor growth, thermal expansion, and sudden operating condition changes. Thanks to the ﬂexible structure of the brush seal the contact forces during a rubbing event are reduced; however, the frictional heat input can still be considerable.This heat impact can lead to detrimental additional thermal stress into already highly loaded rotor systems. Thus, understanding of the heat impact and heat transfer to a rotor and brush seal is required for reliable use of brush seals.

Therefore, the research objectives are: